Welcome to the Town of Sedalia

"Sedalia, Our Heritage, Our Roots, Our Future" 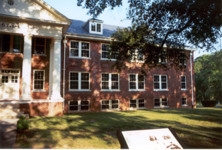 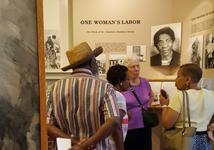 The Town of Sedalia is comprised of 2.3 sq. miles, located in the Piedmont Triad region of North Carolina in eastern Guilford County. It lies between the urban centers of Burlington and Greensboro, U.S. Hwy 70 runs east and west through the southern portion of Sedalia, paralleling Interstate 85/40, exit #135. Sedalia was incorporated in August of 1997. Sedalia has always carried a rich and diverse history; some families’ roots can be traced back six and seven generations.  The Town Council promises to keep this neighborly family-oriented community, clean, quiet and always with a small town feeling. We want it to remain a great place to call home.

Unbelievably, MAIL was the start of it all. Mr. R. B. Andrews owned and operated a little country store and in the back of that store was the post office. People would gather in the store to pick up mail and gather for news. Mr. Andrews, the Postmaster, chose the name “Sedalia” for the community. The name was soon acknowledged by the residents and surrounding communities. His daughter, Mrs. Elsie Andrews Paisley, worked for 46 years as the clerk and postmistress of the Sedalia Post Office.

Another historical fact is that in 1901 an 18 years old young woman named Charlotte Hawkins came to the community. She came to teach rural African-American youth at Bethany Institute in Sedalia - now known as Bethany Community Church. She was destined to transform the church and the community, and Oh! “What One African American Woman Can Do.”? In 1902, after vigorously raising money in New England, Charlotte Hawkins founded the Palmer Memorial Institute, a day and boarding school. She established the school in a converted blacksmith’s shop and named it in honor of Alice Freeman Palmer, her mentor and benefactor. Palmer Institute was the product of Dr. Brown’s love, creativity, and vigorous leadership. In 1911, she married Edward S. Brown, a student at Harvard.

In its early years, Palmer’s curriculum emphasized agricultural and industrial education for rural living. Brown expanded the school to more than 350 acres, including a sizable farm. As years passed, the school’s academic importance and its emphasis on cultural education increased. During her fifty-year presidency, more than one thousand students graduated. They gained not only diplomas but also firm ideas of their own worth. Dr. Brown served Palmer Memorial for all those years, and 10 years after her death in 1961, the school closed.

In 1983, the General Assembly appropriated funds to institute plans to renovate and restore Palmer to its original state. Some of the improvements one can readily observe are the historic lighting to emphasize historic circulation patterns. It is just beautiful to see in the evening. Kimball Hall has been reopened to reveal a state of the art rental facility with an exhibit and meeting center, gallery space, catering-ready kitchen and a handicapped accessible elevator. Palmer is North Carolina’s first historical site honoring an African-American, and a woman. It is a memorial to Dr. Charlotte Hawkins Brown; a woman with pride in herself and her people, moreover a “Pioneer in African American Education.”

The Charlotte Hawkins Brown Museum at former Historic Palmer Memorial Institute is located in the heart of Sedalia on Burlington Road (Highway 70).

In the mid 1970’s a group of local residents organized and led by John Vaughn recognized that the community needed cooperation and unity to ensure successful development. They began regular meetings and recruitment of fellow citizens to discuss, define, and find solutions to all the issues the community faced or might face. As sprawling development boomed to the east and west, and began to encroach upon the community, there arose concern that the very name of Sedalia might be lost to history.  The goals of the Sedalia Civic Organization (SCO) were expanded to preserve and promote the identity of the Sedalia community name. This sparked a renewed interest in exploring the benefits and process of incorporating into a town. Eventually the SCO membership voted to pursue incorporation. The late Senator Bill Martin championed the drafting and introduction of the legislation to eventually be submitted to the North Carolina state Senate and House of Representatives.

Significant opposition from the nearby large city was overcome and full steam ahead for the SCO was realized. The changing local and state political climate, and legislative session calendar, all were indicating future incorporation attempts would be much more difficult. Despite significant unwarranted boundary changes, we pursued. Senator Martin introduced the legislation and the Act eventually passed in the 1997 legislative session: S.L. 1997-44, Senate Bill 624. Thereby, in August 1997, the incorporated Town of Sedalia was established. Our motto is “Sedalia: Our Heritage, Our Roots, and Our Future”. 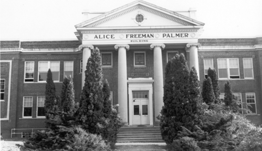 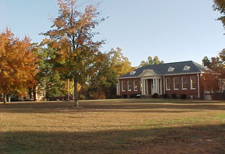